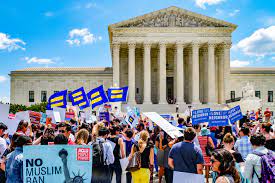 From Thomas to Kavanagh: Watching the sausages get made

The grinding and mixing of lies and omissions that go into fashioning a U.S. Supreme Court judge have once again become visible.

As reported last week, FBI director Chris Wray is currently being grilled by the U.S. Senate’s judiciary committee about why the bureau took a hands-off approach to its background investigation of Brett Kavanagh. This summer we learned that after receiving 4,500 emails through its own tip-line about the candidate’s background and character, the FBI simply cherry picked a few to forward uninvestigated to Trump’s White House, where they vanished.

This suppressing and editing of information to control the story line is second nature to powerful men and their enablers. It has gone on forever in all corners and at all levels, and for the most part it goes on unseen.

As an editorial writer in the early 1990s, I wrote a piece for my local newspaper about how some male students reacted to a No Means No campaign at their university. They countered with their own version on the theme, and their own signs: ‘No means down on your knees, bitch’ and ‘No means kick her in the teeth’. The paper’s editor asked me to remove the exact wording used by the men, saying the details were unsuitable and gratuitous. The precise words needed to stay, I argued (successfully). Only then could readers comprehend the true depth of the male students’ vitriol, hatred and implied violence and the fear experience by women.

Some time later I realized that, in that exchange with the editor, I was witnessing first hand an attempt to steer the story line or the facts toward minimizing bad behaviour by men. Once I recognized that patriarchal imperative at play, I began to see it everywhere.

A colleague, while writing a book about men and rape, interviewed prosecutors who told her they were more likely to win a conviction if they presented a story line that fell within the bounds of the imagination or lived reality of the average juror. Certain details, such as that a rapist followed up a sexual assault by urinating on the woman were too offensive and beyond what most jurors would find credible.  Again, women’s experience was being denied in the interest of maintaining a preferred, more palatable narrative.

The Clarence Thomas hearing in 1991 took the outright denial of women’s experience to an entirely new level. The 12-member all white, male judiciary committee was unwilling to entertain that Thomas or any man of his stature was capable of saying or doing what Hill testified to. Many appeared genuinely shocked by the level of obscenity and abuse reported by Hill. It was easier to believe Hill was a scorned woman or nymphomaniac than to believe their chosen candidate for the highest court was capable of such vulgar harassment. They opted to restrict the evidence parameters of the hearing to avoid hearing evidence that would further threaten their version of reality.

With today’s Senate committee hearings, it’s being revealed how the Kavanagh hearing was similarly manipulated to cast doubt on an accusation of sexual assault — a story line that threatened the inevitability of the all-grown-up frat boy’s entitled path. With his pathetic faux outrage over having to account for past boorish, abusive behaviour, Kavanagh might as well have been wearing a t-shirt saying ‘this is what male privilege and entitlement looks like’.

Thomas and Kavanagh, and recently appointed Supreme Court judge Amy Coney Barrett, a member of a quirky Catholic offshoot called People of Praise where female leaders were literally called handmaids pre Atwood, are part of the majority that voted this month to basically outlaw abortion in Texas.

Women are used to being gaslit, made to question their own reality or sanity. It’s a treasured instrument of the patriarchy toolkit for promoting a self-serving version of reality and keeping women less sure of themselves than they could be.

Happily, women and others whose experience has been denied are now talking hold of the pen, correcting the record, filling in omissions and creating narratives that help to reflect humanity in its entirely.