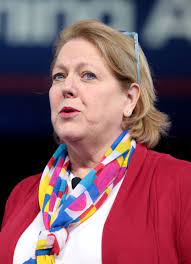 Ginny and the Judge on the couch

Famous couples are a perennial source of fascination. Bonnie and Clyde for their love-sick shoot ‘em up crime spree; Sartre and de Beauvoir for merging modern feminism and existentialism; Beyonce and Jay Z for manifesting the entertainment industrial complex: George and Kellyanne Conway for transcending his Trump loathing and her Trump sycophancy.

And then there is today’s ‘it’ couple — Ginni and Clarence Thomas for their codependent, extreme right-wing, conspiracy-fuelled lunacy.

The two are currently making headlines after U.S. Supreme Court Justice Thomas was the only member of the high court to vote against handing over White House documents to the Jan. 6 Senate committee and it was later revealed that Ginni Thomas had been emailing top Trump White House officials urging them to stop Biden from stealing the election.

The relevant ethical and legal issue is whether Thomas’s vote was motivated by a desire to prevent his wife’s emails from being discovered. Also of interest is the couple’s public-facing relationship dynamic, and how it informs their current behaviour. The truth about that lies somewhere deep in their individual psyches.

Many of us were first introduced to Ginni and Clarence in 1991 when he was a U.S Supreme Court nominee facing allegations of sexual harassment. The two were barely out of the honeymoon phase of their relationship, having been married just four years earlier. During the explosive Senate Justice hearings, Ginni sat directly behind her husband while he responded to allegations by of extreme vulgarity and persistent sexual harassment by his former employee Anita Hill.

Thomas denied it all as vile and outrageous lies and claimed to be the victim of ‘a high-tech lynching.’

Never mind that he had the tacit support of the exclusively white-male Senate committee all along. Never mind that the allegations of sexual harassment against him came from a black woman. Never mind that Anita Hill didn’t ask to be involved in the hearings but came forward only when pressed. Resorting to conspiracy was the best Thomas had, and it worked just fine on a bunch of men terrified of being labelled racist and oblivious to their misogynistic lens on the world.

Did Clarence believe his own denial? No way. He was lying. We knew it and he knew it.

Did Ginni believe his lies? It seems she did.

She chose to believe her husband, a breath away from being appointed to one of the most powerful positions in the world, and to vilify his lone accuser (until more witnesses came forward but were shut out of the hearings).

Almost 20 years after the Senate harassment hearing in 2010 Ginni called Anita Hill at her Brandeis University office and left a cheerily delivered message. “Anita Hill, this is Ginni Thomas, and I just wanted to reach across the airwaves and the years and ask you to consider something. I would love you to consider an apology sometime and some full explanation of why you did what you did with my husband.”

Does this not sound like someone who has downed the Kool-Aid? (It wouldn’t be the first time. Up until a year before she married Clarence, Ginni belonged to a self-help group called Lifespring, which she later denounced as a cult.

When someone is forced by one strongly held belief – her husband’s innocence — to construct a life-long reality built on delusion, they might occasionally resort to some zany ideas. In her emails to Trump’s chief of staff Mark Meadows on the day of the Jan 6. insurrection, Ginni reveals that she is now firmly entrenched in the Trump cult and lets her freak flag fly.

“It’s necessary to release the Kraken and save us from the left taking America down.”

“Watermarked ballots in over 12 states have been part of a huge Trump & military white hat sting operation in 12 key battleground states,”

Ginni’s crazy emails aside, does Justice Thomas have a conflict of interest when voting on matters related to Jan. 6 knowing that his wife attended the riot and thinks Biden was unlawfully elected. That depends on whether he knew her whereabouts on Jan. 6, her views that the election was stolen, and her support for the insurrection. Are such matters at the Thomas home out of bounds as dinner table discussions or pillow talk. GMAB (give me a break)!

Also interesting: Does Justice Thomas personally recoil at his wife’s pronouncements or is he invested in her world view? He seems inclined to reward her delusions with effusive words of devotion and praise. Asked publicly about his job as Supreme Court justice: “It’s sorta like, how do you run with one leg? You can’t. It makes it whole when I have my wife.”

The Thomas affair is just one more saga of corruption and abuse of power when public outrage and shock are wearing thin. Maybe we should just congratulate the happy couple!

Good for them for making it work for 35 years. They seem to have figured something out. When once asked to share with newlyweds the secret to a happy marriage, Thomas said “don’t make fun of your wife’s choices, you were one of them.”