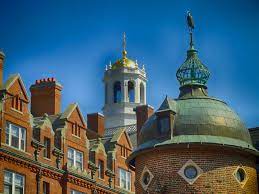 Keeping a leg up for whites

A common notion amongst the historically privileged is that affirmative action is making it harder for whites to get into prestigious schools like Harvard. The fact is that affirmative action at Harvard is doing exactly what it has been doing for centuries: giving admission preference to big donors, the athletically gifted, the well-connected and alumni.  A peak behind the curtain of university admission decision-making is extremely rare. But when a lawsuit recently forced Harvard to open the books on how it rates applicants and decides who to admit, researchers found  an off-the-wall admissions rate for athletes (86%) and an embarrassing scorecard for white applicants with special benefits:  Only one-quarter of those whose applications had been moved closer to the tip of the pile based on athletics, legacies, donations or connections would have been given a place at the elite school if assessed on the same criteria as a typical student. In other words, it’s more often African Americans or Latino students who are at Harvard based on merit than white students with connections and money.