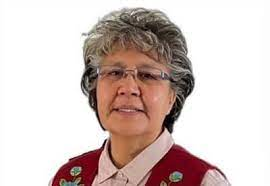 With the election this summer of Jane Weyallon Armstrong, the Northwest Territories Legislative Assembly achieved an historic milestone. It becomes the first provincial or territorial legislature to be led by a majority of women.

After competing against three men, Weyallon Armstrong becomes the next MLA for Monfwi and represents the four Tłı̨chǫ communities of Behchokǫ̀, Whatì, Wekweètì and Gamètì in the N.W.T. Legislature. The first woman to hold the Monfwi seat, her election raised the number of women in the house to 10 out of 19. With its new composition, the NWT assembly surpasses most global records for the percentage of women in national parliaments and local government.

It’s a big deal, both for the breakthrough in proportion of seats held by women and for how the priorities of a legislative body tend to change with a shift in gender power dynamics.

As a point of reference, the first female-majority legislature in the US was elected in the state of Nevada in 2018. The following year, the state passed legislation related to compensating firefighters who develop breast, uterine and ovarian cancer; paid leave including sick leave for employees; equal pay legislation; decriminalization of some laws related to abortion; measures related to sexual assault and family violence.

The ability of both corporate and elected women to make change is known to increase significantly when their leadership numbers reach a critical mass approaching one third. With a majority, women have a clear runway to shape an agenda and determine the way to get things done.

Agnes Macphail, the first woman elected to the Canadian parliament in 1921, famously summed it up nicely. “Never apologize. Never explain. Just get the job done and let them howl”.