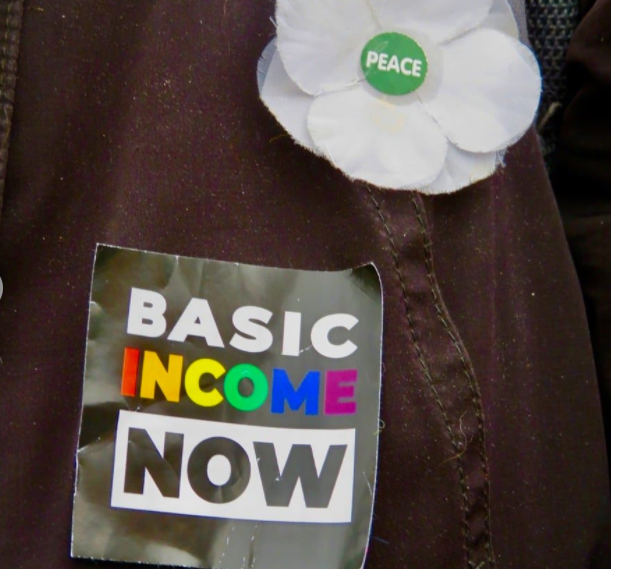 One B.I.G. leap for humankind

Five years ago, Jessica Topfer had goals and ambition but was struggling to find a path forward.

The 20-year old was working the full-time, overnight shift on the line at General Motors in Lindsay, ON, and frequently hearing rumours of impending layoffs. Determined to build a more fulfilling and stable work life, she enrolled as a full-time student at Trent University with the idea of spending her days studying and her nights still working to ensure she could cover tuition costs. By the end of her GM shift, she would often be so exhausted that she would need to pull into a parking lot to nap on the trip home, causing her to often be late or miss classes. Her mental and physical health were suffering. In 2016, just as she had feared, she was part of a lay off by GM.

In the following months, Jessica worked at various part-time or contract jobs, some that overlapped, to make enough to live on. It wasn’t always enough. She drained every penny of her savings and accumulated credit cared debt.

Still in school in her third year and working two part-time jobs that enabled to her barely get by, she took a bold step.  She applied to become a participant in an exciting and bold initiative by the Ontario government aimed at testing the value and viability of a new approach to alleviating poverty and increasing income security.

In April 2017, the Province launched a basic income guarantee (BIG) pilot project, offering low-income residents in three communities (Hamilton, Thunder Bay and Lindsay) almost $17,000 annually to individuals or up to about $34,000 for a couple with two children along with additional payments for people with disabilities. These no-strings-attached payments would help the government determine whether a guaranteed annual income would lead to people becoming healthier, better housed, and better educated.

Topfer, one of the 4,000 people selected to be a part of the pilot project, would receive $714 monthly. She continued to work from 20 to 30 hours a week but was now able to concentrate more fully on her studies and improve her grades. She began to eat better, pay off her debts, and get her glasses prescription updated. She also now had the energy and confidence to get actively involved in her community in areas that matched her interest and passion. “These jobs were key stepping-stones for me along the way to where I now am in my career. They paid less but the work was more meaningful and it is what set me up for success in the long run.”

Jessica had begun to feel hopeful about the future. But after only ten months, the basic income guarantee pilot came to an abrupt and unexpected end. Elected in 2018, Conservative Premier Doug Ford and then Social Services Minister Lisa McLeod soon announced cancellation of the pilot, despite a campaign promise to let the three-year experiment proceed.

Jessica, who received her last payment under the income security pilot in March 2019, heard news of the cancelled program while driving home from a car dealership where she had just signed a lease on a used vehicle — a financial commitment she couldn’t now back out of.

In jettisoning the pilot, Ford forfeited the opportunity to position Ontario as a global leader in the critical area of income security and poverty reduction. For awhile, all eyes were on Ontario as researchers and government policymakers from around the world awaited the results of what was the largest basic income project ever put into action. A Liberal government special advisor on the pilot told the CBC that interest was intense and disappointment in the loss of data due to the premature cancellation was widespread.  “There were people from high-income countries, from literally all over the world, ringing, saying ‘when can we get the result? How can we work with you?’ Everyone was interested in knowing how this would end up.”

Jessica is now program director at the non-profit Nourish and Develop Foundation in Durham County and close to completing her degree in international development and business administration. This week she was one of three speakers on a panel sponsored by Otonabee College and the Department of Sociology at Trent University to raise awareness of how a basic income program can transform lives.

With an Ontario election on the near horizon, growing pockets of political and social justice activists across the province are revving up campaigns to raise awareness and build more support for a basic income guarantee. The idea has been dissed by ill-informed naysayers as everything from a way to discourage work and decrease productivity to ‘handing out free money to drug users and people who don’t want to work.’ But attitudes have begun to change.

The results of an extensive survey of the Ontario pilot participants showed solid improvements in their quality of life (32% went back to school to upgrade skills; 50% paid off their debts; 60% found better housing; and 75% said they were eating better). These findings, along with those of a decades-old Manitoba pilot on income security called MINCOME, and the overwhelmingly positive anecdotal evidence from the Ontario pilot have led to increased support from across political lines, and amongst labour groups and the public at large.

In her panel address, Elaine Power, a professor with Queen’s University’s School of Kinesiology and Health Studies and co-author with Jamie Swift of The Case for Basic Income: Freedom.Security.Justice noted the many documented benefits associated with a basic income guarantee. They include more entrepreneurship, stronger incentives than social assistance for entering the workforce, improved mental health, better education outcomes, and decreased physician visits, hospitalizations, addiction. and crime.

One often-cited concern is that an integrated and more streamlined income security system in Ontario would result in public service job losses. But, says Power, a new system would actually enable social service workers, “most of whom are attracted to the field as a way to help people, an opportunity to do meaningful work as opposed to policing people”.

The price tag for a system of basic income is not out of reach, especially if financed through tax system reform. According to the Parliamentary Budget Office 2018 report, the cost – estimated at $23 billion – is similar to what Canadians spend each year on the Canada Child Benefit. This figure does not even factor in projected significant savings from reduced crime and lower healthcare.

Given the intersection between poverty and patriarchy, it is no surprise that women are often those most deeply affected by poverty. This has only been magnified by COVID-19, when women have been forced to leave the work force in droves to become unpaid primary caregivers for their families.

Women who live in poverty or in low-income households would be empowered by a basic income guarantee, says Power. They would have more financial resources for housing, education and childcare but also recognition for unpaid work and the economic independence to leave abusive relationships. A key recommendation of the report from the National Inquiry on Missing and Murdered Indigenous Women and Girls is to establish a guaranteed annual liveable income for everyone in the country.

Extensive income security research has universally condemned current models for welfare and poverty reduction in the province. “Our approach to welfare has failed to bring people out of poverty and even trapped people in poverty,” says Jim Struthers, a panelist and professor emeritus at Trent with expertise in the welfare state and income security. Struthers points to the current documented surge in demand for food banks in Toronto alone, with visits up by 47 per cent given the economic hardship brought on by the pandemic and job losses.

He cites Canada’s child benefit and social security for seniors as examples of powerful guaranteed annual income programs that have lifted people out of poverty. “Why not extend this approach to working-age adults who can’t find enough work to put together an income that brings them up to poverty levels?” he said.

Today’s unpredictable job market and the challenges associated with an ever-expanding gig economy of short-term contracts and freelance work are especially hard on women, people of colour, indigenous people, and youth. “The existing model isn’t working for people who are looking for jobs or who are trying to put together enough work to be able to afford housing and food. We have tried to fix the current system and all we have done is make it worse. It’s time to move to a different model.”

As Power noted, there is no silver bullet for ending poverty. But a basic income guarantee would be a momentous step forward, especially if combined with a fair working wage, improved housing policy and significant tax reform that redistributes wealth.

What does Jessica Topfer say to those who question the value of a basic income program and the character of those who are recipients?

“It’s quite upsetting. I take it personally. I become at a loss for words,” she says. “I used my money wisely and I was and am actively contributing to my commuinity and the economy. How can we expect people to be able to move forward and to make the best decisions for themselves without a basic standard of living.”