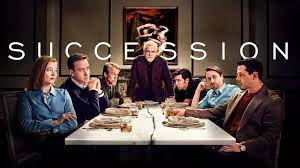 You would think that after suffering a daily onslaught of Trump news for the past six years, we’d have had our fill of the immoral, the shameless and the craven. But it turns out there are a whole lot of us pining for the next installment of Succession, the HBO series that titillates us with its portrayal of the scheming narcissism and depravity of the rich and powerful Roy family.

It has been said that Trump killed satire (his actual behaviour is as ridiculous as it gets). On the other hand, the former president appears to have tapped into a seeming bottomless appetite for beholding bad behaviour. If it’s not Succession, it’s Billions, Houses of Lies or Crazy Rich Asians.

And it’s not as if, once we’ve turned off the tube, we can return to a saner world.

Succession star Tom Wambsgans expounds on the magnificence of money: “Here’s the thing about being rich. It’s fuckin’ great. It’s like being a superhero only better. You get to do what you want; the authorities can’t really touch you. You get to wear a costume, but it’s designed by Armani, and it doesn’t make you look like a prick.” In the real world, the attire leans more toward t-shirt and jeans, but Zuckerberg has come to symbolize humankind’s most base inclinations for prizing profit above all else. As revealed in recent U.S. Senate whistleblower hearings, Facebook (turned Meta) continues to amass its mega-lucrative, anti-democratic power through digital vehicles designed to tap into and accentuate our most vile instincts.

Here in Canada, the media are fervently offering up every sordid twist and turn in          the family machinations of telecommunications giant Rogers Communications, one of the country’s richest and most powerful conglomerates. With a money-is-thicker-than-blood narrative, the battle for control of the company has torn the family apart, with one sister threatening to tell the “what’s actually happening” while alluding that Ed Rogers, son of the late company founder Ted Rogers, is implicated in a Trump scandal.

Of the seven deadly sins, at least four seem to be in constant play amongst the one per centers.

A handful of scientific studies examining the behaviour of the rich and powerful point to an overriding conclusion: these folks have a tendency to behave like swine.

The studyHigher Social Class Predicts Increased Unethical Behaviour demonstrates how accurate the depth of one’s pockets can be in predicting ethical behaviour. To sum up, it found that the rich lie more on tax forms, cheat more on their romantic partners, are more likely to shoplift, are less charitable and, as seen in the case of Donald Trump, much more apt to cheat at golf.

A 2021 study published in Social Psychological and Personality Science finds that powerful people believe that their higher social status is justified and are more inclined to judge others harshly. Says author Yidan Yin: “Compared to low-power people, high-power people are less likely to be aware of others’ constraints. As a result, they assign more blame when people make mistakes or have shortcomings. Thus, they see the current hierarchy as more justified.”

In a now classic experiment, social psychologist Dr. Paul Piff set up a rigged monopoly board to study how people view themselves and regard others as they accumulate fake money. In his 2020 YouTube video, Piff notes that winning players became ruder, less sensitive to the fortunes of other players and increasingly convinced that they were the sole architects of their success. Another minor but telling detail: Those amassing the most dollars also ate more than their share of pretzels from a strategically positioned bowl during the study.

As a person’s level of wealth increases, their feelings of compassion and empathy go down and their feelings of entitlement and deservedness increase, says Piff. “We all struggle with competing motivations about whether to put our interests above others, but the wealthier a person, the more likely they are to pursue a vision of personal success and achievement to the detriment of people around them.”

The tendency of the rich toward hard-heartedness is especially troubling in view of growing global inequality, which has only been exacerbated by the COVID-19 pandemic. Life-threatening hardships associated with inequality including poor health, more violence, and deteriorating social trust will only persist in a world where those who hold the most political and economic power come from privileged backgrounds and perceive no need for change.

“If social class influences how much we care about others, then the most powerful among us may be the least likely to make decisions that help the needy and the poor,” says Piff.

This behavior is not necessarily engrained, he says, but likely results from lifestyles that isolate and separate the rich from the reality of harsh living conditions for much of the world. Additional research has shown that once directly exposed to the circumstances of the less fortunate, rich people’s “levels of egalitarianism and empathy can be restored.”

We see signs of this latent generosity in recent years, as more rich people seek ways to spread their wealth. This includes the Giving Pledge, founded by Bill and Melinda Gates, which began with 40 of American’s wealthiest committing to give away most of their wealth to help create a better society. The pledge has now gone global and includes more than two hundred of the world’s wealthiest people.

As for why the rest of us can be both repelled and riveted by the often-atrocious conduct of the rich and powerful, it may come down simply to a natural fascination with human behaviour in all its iterations.

What’s most important is that our we continue to find ways to thwart the accumulation of wealth and power by just a few. The richest one per cent now control 25 per cent of Canada’s wealth. a mere one per cent tax on wealth over $20 million in Canada would generate about $10 billion in year one, enough to dramatically alleviate poverty, support child care, health care and seniors care while more aggressively tackling climate change. In the U.S., progressives are advocating for an even more aggressive tax rate of up to six per cent on wealth over $1 billion and eight per cent over $10 billion.

Leaders in both countries have committed to moving soon to impose a new tax on the wealthy, knowing they can’t be counted on to share the pretzels.