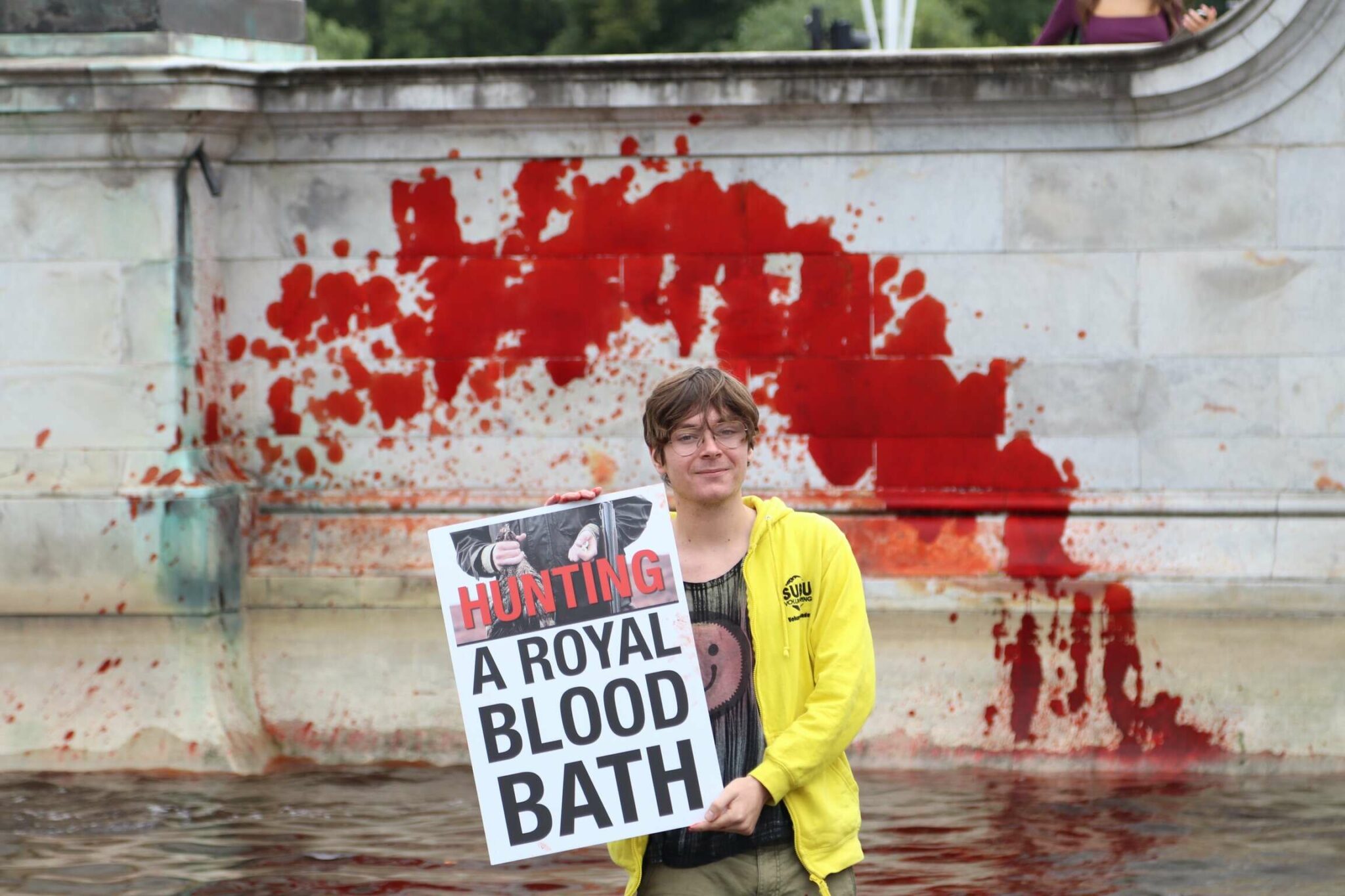 Angry about hunting and animal farming on Royal crown land, the U.K.-based Animal Rebellion group last week poured red dye into Buckingham Palace fountains to protest blood shed by animals. “The Crown Estate is the biggest landowner in the UK and they choose to use this land for animal agriculture and hunting, which not only decimate our environment but cause the deaths of millions of lives every year,” Harley McDonald-Eckersall, a spokesperson for the activist group.

Animal Rebellion is one of about 90 organizations expected to attend this week’s annual international animal rights conference in Luxembourg. With an anticipated draw of about 2,000 participants, the conference will cover topics as varied as trophy hunting, animal testing, zoos, animal rights and the global water crisis, and the connection between patriarchal oppression and speciesism — the belief that humans are superior to animals and have a right to exploit them.  The world’s animal rights activists, known to more likely be female and to less likely be Christian, also often point to how women and animals share the experience of being objectified, exploited, and abused under a male-dominated hierarchy.

The voracious appetite for hunting by some Royals was revealed in 2014 after a Freedom of Information request by activist group Animal Aid showed that more than 7,000 animals were killed in one year at the Windsor Castle estate.