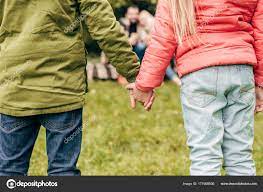 Time for Ford to join hands with feds

Ontario and Ottawa are reportedly on the brink of an agreement on the Liberal government’s offer of $10 a day child-care. We’ll believe it when we see it. Parents have been fighting for a national universal child-care program for more than five decades and seen it all: the royal commissions, parliamentary committees, Red Books, and national frameworks that perennially propel the child-care promise to the top of election campaign agendas but never into law. How can something so critical to enabling women to enter or get back into the workforce and to creating a living income for hundreds of thousands of families still be under discussion? Quebec didn’t need any convincing to buy into the federal plan. It has been providing highly subsidized daycare for more than 20 years and reaped the benefits: a significant leap in labour participation by women and a stronger, stabilized economy. Says Premier Ford: “I’m not going to make a deal for the sake of deal”. No-one’s asking you to. It’s a no-brainer move for families and the economy.