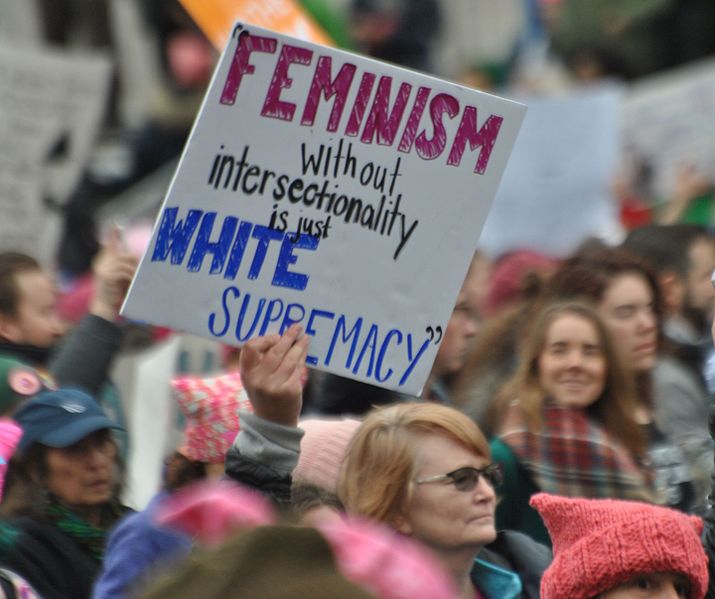 Time for white feminists to process their privilege

An icon of Canada’s feminist community, she was known for giving it her all – her money, her time and her heart. June Callwood was director, actor, stagehand and promotor for some of the most unfashionable causes: people with AIDs, sexually and physically abused women, sex workers, the homeless and the poor. Nicknamed St. June, she helped found and guide 50 non profits during her life, and ardently fought for new models of support and treatment for those living on the margins.

And then, one day, at a board meeting of Toronto’s Nellie’s House, founded by Callwood to help single mothers, she was accused of being a racist. The indictment came from some of the very women she had helped.

Over the years, the board and staff at Nellie’s House had grown more racially mixed and “intensely divided by colour”. Like the founder herself, the organization was passionate about its social justice mandate and invited political engagement from all working or living at the House. From today’s vantage, what occurred seems almost inevitable. Gratitude and deference tend to give way once empowerment becomes an option. Callwood was charged with having a “what-was-owed-to-white women” mentality and portrayed as a “woman of privilege unwilling to share power.”

Painful for all involved, the uprising from within severely tore at the feminist firmament. Discussions about why it had happened and what it meant were fraught and divisive. Callwood was devasted, felt betrayed. “I am not a racist”, she would have to repeat.

That was thirty years ago (before Barack and Michelle Obama, Colin Kaepernick, George Floyd, Laverne Cox, #Me2, Black Lives Matter, critical race theory and the tacit understanding that ‘we are all racists’). But Nellie’s House was the harbinger of a discourse that continues today about the role of white women in the global feminist fight against inequality and male violence.

Lately, however, the issue has been heating up and taken on greater urgency. Previously a topic explored mainly through feminist academic scholarship and in gender studies classes, the white-women factor has suddenly become a buzzy, marketable narrative fit for mainstream bookstores, newspaper columns and social media.

Some newly and recently published books include The Trouble with White Women by Kyla Schuller, White Rage: The Unspoken Truth of Our Racial Divide by Carol Anderson, White Tears/Brown Scars: How White Feminism Betrays Women of Color by Ruby Hamad, Hood Feminism: Notes from the Women That a Movement Forgot by Mikki Kendall, Nice White Ladies: The Truth about White Supremacy, Our Role in It, and How We Can Help Dismantle It by Jessie Daniels; and White Women: Let’s Get (Un)Comfortable Talking about Racism by Misasha Suzuki Graham and Sara Blanchard.

Given the strength of the genre, it appears many white women are keen to educate themselves about their rightful role in a global feminist movement.

One new book has seized wide attention from both mainstream and social media and ignited debate and some divisiveness. Against White Feminism: Notes on Disruption by author Rafia Zakaria has both opened eyes and touched a nerve in recommending that white feminists start doing some serious self reflection.

The inference is that white feminists see themselves as keepers of the feminist canon and supreme blueprint for equality and are shining the light and leading the way for women of the world to follow.

The author rebukes what she calls old-style “trickle-down feminism” that too often works within existing power systems that exclude women of colour. White feminist women need to examine their “complicity with oppressive, patriarchal, capitalist structures,” she says.

In her recent commentary on Zakaria’s book in The Guardian, Sonia Sodha takes issue with how she overlooks a substantive history of partnerships between white women and women of colour fighting for justice. Sodha also throws shade on the suggestion that white women have neglected issues of importance to women of colour.

“One gets the impression that white women can’t win, damned for speaking only of their own experience, but scolded for getting involved in fights that aren’t their own,” says Sodha. “The irony is that radical feminism has often run to the mainstream left of this precisely because it regards female oppression as cross-cultural. Intimate partner killings, female genital mutilation or forced marriage: it’s all patriarchal violence at the hands of men, a universal female experience.”

Sodha has touched on perhaps the most volatile issue underlying a global feminist movement: to what degree should cultural and religious differences related to the roles of men and women be respected and even supersede women’s rights.

But Zakaria’s point seems more directed at the hypocrisy of white feminism in failing to look closer to home. There is no difference, she says, between honor killings and male family violence in the West. They are both “ego killings” with the same motive to avenge and annihilate women.  Says Zakaria: “White men kill owing to specific and individual reasons…brown men kill because it’s their culture…umm no, I don’t think so.”

There is resonance, as well, in how Zakaria links colonialism and imperialism with a “white feminist saviour complex”. This phenomenon was on full display in the Afghanistan war when powerful women in the U.S. government, prominent feminists and female celebrities from the West essentially allied themselves with the war effort from the beginning by casting it as a movement to liberate Afghan women. “For the first time, there was direct contact between these top feminists and the war machinery,” says Zakaria in a recent interview with the Cut.

In recent years, the social justice community has embraced a more nuanced understanding of oppression through the concept of intersectionality, where different forms of discrimination (race, gender identity, sexuality, religion, ability, social disadvantage) combine and overlap to create compounded prejudice. There is some progress there.

But there is also growing awareness that a global feminist movement is doomed unless white women are prepared to re-examine assumptions and find ways to rise above differences rather than deny them. For offering a way into this process, we can thank Zakaria, who says she has “no wish to expel white women from feminism but only to excise whiteness.”

But Zakaria, too, needs to learn how to take as well as she gives. Tweeting about another reviewer of her book, she resorted to personal attacks calling her critic “old and white and pissed that brown women are calling her out.”

Sodha of The Guardian urges a “Be kind’ imperative toward “fostering the solidarity that must be built, not demanded.”

It’s the same word June Callwood used in the last interview before her death in 2007 when she said she didn’t believe in God or afterlife, “I believe in kindness.”

Kindness is good. So is getting it right.