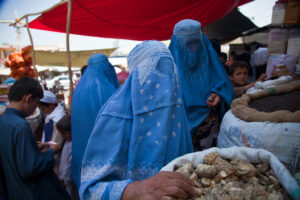 Zoom in for human cost of war: zoom out profiteers

Now wrenched to its merciless conclusion, the 20-year war in Afghanistan offers a telescopic picture of reality.

Zoom in and we see a country abandoned by its nominal American saviours and fallen back into the hands of a violent fundamentalist force intent on revenging perceived traitors and stripping women of basic human rights. Harrowing images and impressions include mothers wailing while handing off children to those departing; Afghans cowering in their homes, awaiting the possibility of violent reprisal; women abandoning jobs as ordered to await uncertain fate under Taliban rule; the return of floggings and beatings required to enforce one of the harshest, most restrictive interpretations of Sharia law.

Zoom out and we see the corruption, greed and hideous profiteering that accompanies all wars and certainly this one.  On display is the one constant that unites all seemingly irrational features of war: the military industrial complex, a vast web of U.S. military officials, giant weapons corporations and lobbyists whose frightening influence steers government policy and, seemingly, the soul of a nation.

The life force of the U.S. economy, military spending in the U.S.  accounts for almost 40 per cent of that spent worldwide.  In other words the follow-the-money incentive for war is off the charts. One snout in the public trough, a billionaire military contractor was reported to be charging $6,500 per ticket for flights out of Afghanistan on a chartered plane.

In a country that swoons with patriotism and paranoid fear, the terrorist menace has become the perfect ruse for war. America’s hero complex can also easily be tapped. When invading Afghanistan after 9/11, the U.S. sent in their troops and missiles with promises to help build a nation with a representative government and a more equal society for women. But the pretext for going to war in Afghanistan was front and centre during Biden’s recent post-withdrawal news conferences: “Our only vital national interest in Afghanistan remains today what it has always been, preventing a terrorist attack on the American homeland.”

Left unsaid, of course, was the obscene pile of money the war funneled to all with a stake in the country’s military industrial complex.

Since invading Afghanistan in 2001, the United States has spent $2.313 trillion on the war. Added to that, says the Costs of War report by the Watson Institute of International and Public Affairs, will be the cost of life-time care for American veterans of this war and future interest payments money borrowed to fund the war.

There is hope, along with some signs, that the Taliban is prepared to take a softer, more benevolent approach to ruling than in the past. For now, Biden remains intent on promising revenge on suspected Afghan terrorists. “We will hunt you down and make you pay,” he threatened from his presidential podium last week. This is the bellicose language of the military industrial complex, which requires a ceaseless, steady stream of antagonism, conflict and hostility to cash in on.

Zoom back in: During these early days of Taliban rule, women are being ordered to stay at home for their own good. Taliban soldiers can’t be trusted not to treat women “in a disrespectful l way” or “God forbid, hurt” them, warned a Taliban spokesperson.

They need to be trained, he said.

Being trained to load a weapon and to shoot straight is one thing. But how do you train men steeped in fundamentalist doctrine that so greatly imperils women to adopt an entirely new world view.