About Defund the Patriarchy

Many women are sensing it’s time to resurrect a word that has grown fusty over time. It has become increasingly obvious that there is no better, more consummate word than patriarchy to describe a certain enduring system across cultures where mostly white men hold primary power in all major realms of society – social, legal, political, and economic.

Noted author and chief culture writer for The Guardian, Charlotte Higgins expounds on a growing new respect for the seemingly passé term in her superb 2018 article, The age of patriarchy: how an unfashionable idea became a rallying cry for feminism today. Just a few months ago, Higgins retweeted a link to the article as part of the continuing conversation and momentum for re-embracing the word.

Once seen as applying strictly to a gender dynamic, the term patriarchy fell out of favour as being too limited to capture today’s more nuanced understanding of oppression where different forms of discrimination (race, gender identity, sexuality, religion, ability, social disadvantage) combine and overlap to create compounded prejudice. The common thread, however, is a system of social and legal structures and practices that elevates and reinforces male interests and values at the expense of all others.

Defunding or deflating patriarchy requires depriving it of the oxygen and momentum that comes from wealth, collusion, approval, and consent.

Since feminist consciousness broke through the oppression that has defined women’s lives for centuries, brave women around the world have been chipping and smashing away at patriarchy. We owe it to them and ourselves to continue the work of deconstructing a system, aided and abetted by religions of all stripes, that endangers the safety and health of both women and men, and all life, and even the earth itself?

How do we do that? By organizing, educating, writing, researching, commenting, making art, making music, and sharing our skills and knowledge toward disrupting and reforming a system that vastly over-rewards a few on top — mostly men – at the expense of the health and wellbeing of everyone and everything else.

Anne Kershaw is national award-winning journalist, book author and communications director. She worked at the Kingston Whig-Standard for many years as a reporter, editorial writer and newsroom manager. Subsequently, she was Director of Communications and Public Affairs at Queen’s University and, most recently, until her retirement, a Senior Communications Manager at Ontario Centres of Excellence (now OCI). Her distinctions include a Presidents Gold Medal from the University of Western for excellence in public affairs reporting, nomination for a Governor General’s Award for public service journalism, national journalism awards in the areas of science, business and legal reporting, and a Louis St. Laurent scholarship to study law from the Canadian Bar Association. 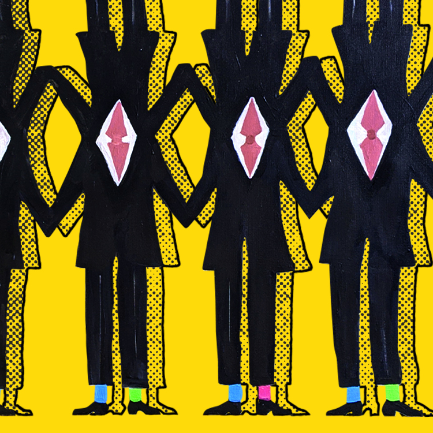