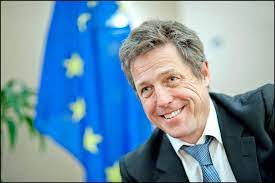 The age-old curse of aging on female Hollywood actors is on full display on social media now that Sarah Jessica Parker and her fictional besties from Sex and the City are daring to show their faces on screen again. However expected the reaction, in a world that recoils from women who age naturally, it still hurts. SJP told Vogue magazine: “It almost feels as if people don’t want us to be perfectly okay with where we are, as if they almost enjoy us being pained by who we are today, whether we choose to age naturally and not look perfect, or whether you do something if that makes you feel better.”

The show’s lead actor says she and the rest of the female cast in And Just Like That wouldn’t be subject to the “misogynist chatter” if they were men. Undoubtedly true, but men aren’t totally exempt from such cruel scrutiny. Returning to the screen after a brief hiatus in the acclaimed TV series The Undoing, Hugh Grant told CNN he started dodging twitter to avoid the comments, like: “Christ, he looks ancient.’ ‘He looks 150.’ ‘Let’s give him a facial.” Best not to know these terrible things, like they think you’ve got awful bottom teeth.”