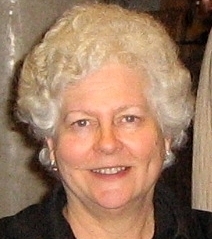 In one of her more brilliant acts of resistance, University of Toronto psychologist Paula Caplan turned the tables on the male-dominated psychiatric establishment. She was outraged by how the profession pathologized normal female behaviour.  Categorizing premenstrual syndrome, feelings of guilt as a mother and other behaviour linked to how women are socialized is pure sexism, she said.

To make her point, in the early 1990s, she made a formal proposal for a new entry to the Diagnostic and Statistical Manual of Mental Disorders (DSM), the official guide used by the psychiatric and mental health establishment in the U.S. and Canada for diagnosing mental disorders. Caplan recommended the addition of DDPD (delusional dominating personality disorder) for men with high testosterone levels.

The associated personality characteristics, resulting from “rigid male masculine socializations” should include “the inability to establish and maintain meaningful interpersonal relationships, an inability to identify and express a range of feelings in oneself and others, and difficulty responding appropriately and empathically to the feelings and needs of close associates and intimates,” she said.

DSM Editors were not amused. Her rejoinder: “If they had made a decision suddenly pathologizing a half million men, there would be a public outcry,” she told The New York Times in 1994.

Caplan died this summer at age 74. A long-time professor at the University of Toronto and later Harvard, she had the nose of a sommelier when it came to sniffing out the strains of sexual bias and misogyny underlying social structures and practices.

She authored 11 books including They Say You’re Crazy: How the World’s Most Powerful Psychiatrists Decide Who’s Normal; Don’t Blame Mother: Mending the Mother-Daughter Relationship and The Myth of Women’s Masochism.