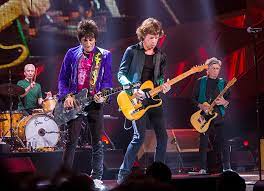 Under public pressure, The Rolling Stones have retired one of their biggest hit songs written by Jagger though both he and Richards say they’re not sure what all the fuss is about. Brown Sugar from their Sticky Fingers album is about as offensive as it gets when it comes to exploiting the history of slavery and sexualizing black women.

Brown Sugar, how come you taste so good?
Brown Sugar, just like a young girl should, oh no

It’s a shocking example of how slow moving the consciousness-raising of white people has been. Part of the band’s concert routine for more than 50 years, Brown Sugar is only now being recognized for the racist brutality of its lyrics. And only now, in the last couple of years, has an understanding of the reality of systemic or structured racism gained a foothold in mainstream society. Many still refuse to believe that racism is deeply entrenched in our institutions, social and political systems, and our consciousness. Black author James Baldwin wrote an enduring truth when he said, “Not everything that is faced can be changed but nothing can be changed until it is faced.” Leaving aside the lingering ignorance of Jagger and Richards, it’s good that the song is now being shunned.