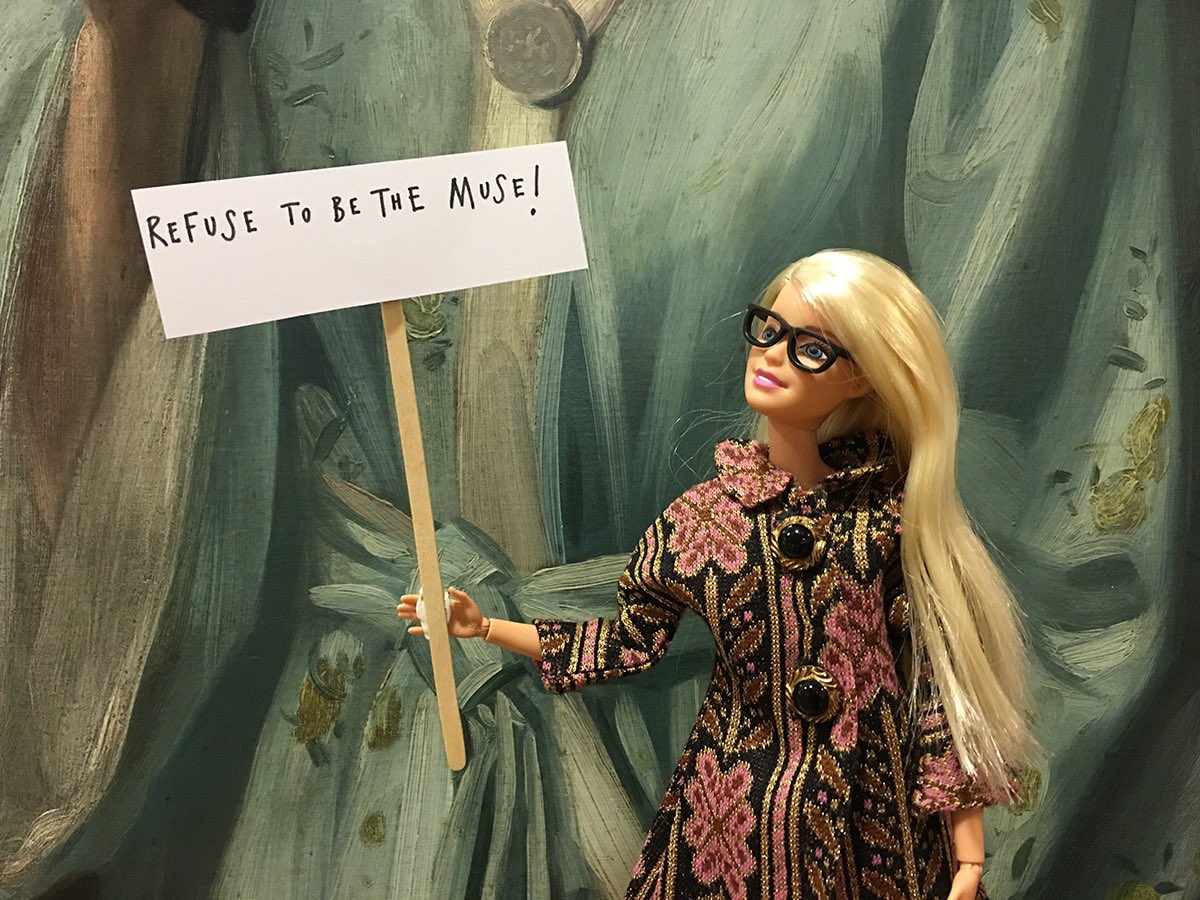 Staring down the male gaze

One of my worst memories of high school is the daily hallway scene outside the cafeteria. After lunch, hordes of boys lined up along the lockers on either side of the hall and shout a barrage of cruel and sexist taunts at girls passing through. Most girls paired up so as not to endure the experience alone. Walking the interminable stretch from lunch to locker alone was a special torture. All eyes on you, a cacophony of ugly, misogynist comments meant just for you. “Look at those tits”, “Give me a handful of that ass”; “Here comes Miss January”; “She likes it doggy style”.

Day after day. But it never occurred to me or anyone else in those days to complain to a teacher or principal. That was just the way it was, something for girls to handle, process and internalize as part of the female experience. I am still astonished that the demeaning ritual unfolding daily in full view met no interference from teachers or staff.

The ‘male gaze’ is a powerful instrument of objectification, humiliation, and control whether delivered close-up through the boys in the hall or anonymously through the high-tech algorithm of today’s social media platforms. Sexist, patriarchal, and misogynist, the male gaze dictates the storyline that women are not equal to men, that women and especially women of colour exist solely to support and further men’s enjoyment and sense of entitlement.

This sexist dynamic is manifested with full force through all media vehicles. Women, in both function and form, must appeal to the male viewer by fulfilling a vision of the idealized female. That’s why tv female lawyers, doctors, detectives, and police are in stilettoes and showing cleavage. That’s why there are so few good movie roles for older women. That’s why female actors are depicted naked or partially unclothed almost three times as often as men. That’s why tv executives must deem a woman as “fuckable” before she gets the part. That’s why, in a sea of coiffed and painted female media personas, the unadorned political commentator Chantal Herbert breaks through with pure smarts and authority.

Give me a smile

Academics cite “smile studies” as evidence of how the male gaze commands a world that is both reassuring and non-threatening to male interests. In behaviour experiments designed to assess interactions between men and women, men are incessantly telling women to smile. One  recent survey found that 98 per cent of women reported being told to smile at work, with 15 per cent of those saying this occurred weekly, if not even more frequently.

“Essentially what a man is saying when he tells a woman — one he doesn’t even know — to smile, is that his wants outweigh her own autonomy over how she exists in the world,” says writer and activist, Bené Viera. “Instead, we’re here to be pretty and pleasant, but never pissed off.

Actor Kristen Stewart, who refuses to smile on demand for the cameras, is accused of having “resting bitch face.” Women are, of course, in constant rebellion against the male gaze through their choice of clothing, hair styles, relationships, sexual expression and increasing tendency to avoid certain academic or mainstream career paths.

Refuse to be the muse

One delightful show of resistance comes from Art Activist Barbie, the brainchild of Professor Sarah Williamson at the UK’s University of Huddersfield. Her Barbie shows up unannounced at various museums and galleries in Europe to expose the male gaze in art. Barbie, posed in front of Venus de Milo with explicit breast and nipple contours, holds a placard protesting “a pre-Raphaelite wet t-shirt contest.”

Williamson’s “refuse to be the muse” campaign points to the practices of galleries and museums in continuing to represent and display centuries of male power and domination. “It reveals the male-commissioned, male-produced, male-collected art canon which has viewed the world through a male perspective and a male gaze,” she says.

But resistors may still be outnumbered by unwitting colluders, the many women whose own sense of identity is fused with the male gaze. That so many of us continue to play by the rules of a male-constructed fantasy is hardly surprising. We are in a surround-sound environment that is constantly booming messages for how things should be.

That’s why the performances and costumes of our biggest female music stars, though seen as vestiges of empowerment, are overtly and aggressively sexual. That’s why cosmetics and weight loss products are two of the world’s most lucrative industries. That’s why just about any group of politically conservative women, who tend to be heavily invested in the female ideal, boasts a much higher than average percentage of blondes than would exist naturally. That is why high school girls insist on showing up to class in crop tops and sports bras. This unconscious merging of female identity and behaviour with the male gaze is patriarchy’s ultimate coup.

You have to laugh

Female comedians are some of the most effective slayers of the male gaze. Through subversion and guilelessness, they often demonstrate genius at exposing the absurdity of male attitudes and expectations. The routines of Amy Schumer and Sarah Silverman invariably include frank and often gross references to female body parts or body functions that leave little room for male-gaze romanticism. Silverman’s take-down of the word pussy morphing to puthy and Schumer’s bit on being asked to designate her tampon size as “small, large or gaping” are brilliant ball busters.

Comedian Chelsea Peretti is also hilarious in depicting how deeply the male gaze works its way into the female psyche. “I don’t like eating bananas in public. It’s so stressful if you’re a girl. If you’re a girl and you want to eat a banana on the bus or wherever all of a sudden you are thinking, ‘How do I de-dick this delicious treat so that I may enjoy it without people imagining me blowing them?’ I have a system. I peel it, then break a piece off, then smash it up in my palm into a paste. Then I push it up between my fingers and eat it like this [gestures with tongue between fingers, making a lalalala sound] Right ladies? Cause you don’t want it to look sexual.”

The objectification of women and girls has long-term and profound affects on their mental and physical health. But the problem becomes even more frighting and urgent given the incalculable power of social media to extend the reach and damage of the male gaze.

Last week, Facebook had to answer for itself at a US congressional hearing after a whistleblower leaked documents showing the company’s inclination to put astronomical profits ahead of the health and wellbeing of young girls. The company’s own research led to a behind-closed-doors acknowledgement that “comparisons on Instagram [owned by FB} can change how young women view and describe themselves.”

“Facebook knows that they are leading young users to anorexia content,” former Facebook employee Frances Haugen told committee members. Despite company claims to alleviate the loneliness of youth, the rate of suicide and depression is increasing, she added.

No one put a stop to the mean antics in a high school hallway several decades ago. Will we stand up now to a mega corporate power with sophisticated tracking technology that pushes algorithms leading girls, women and others to despair. Facebook has announced its intention to introduce new safeguards to better protect young customers. It’s time we all got out from under this harsh and limiting lens on the world.