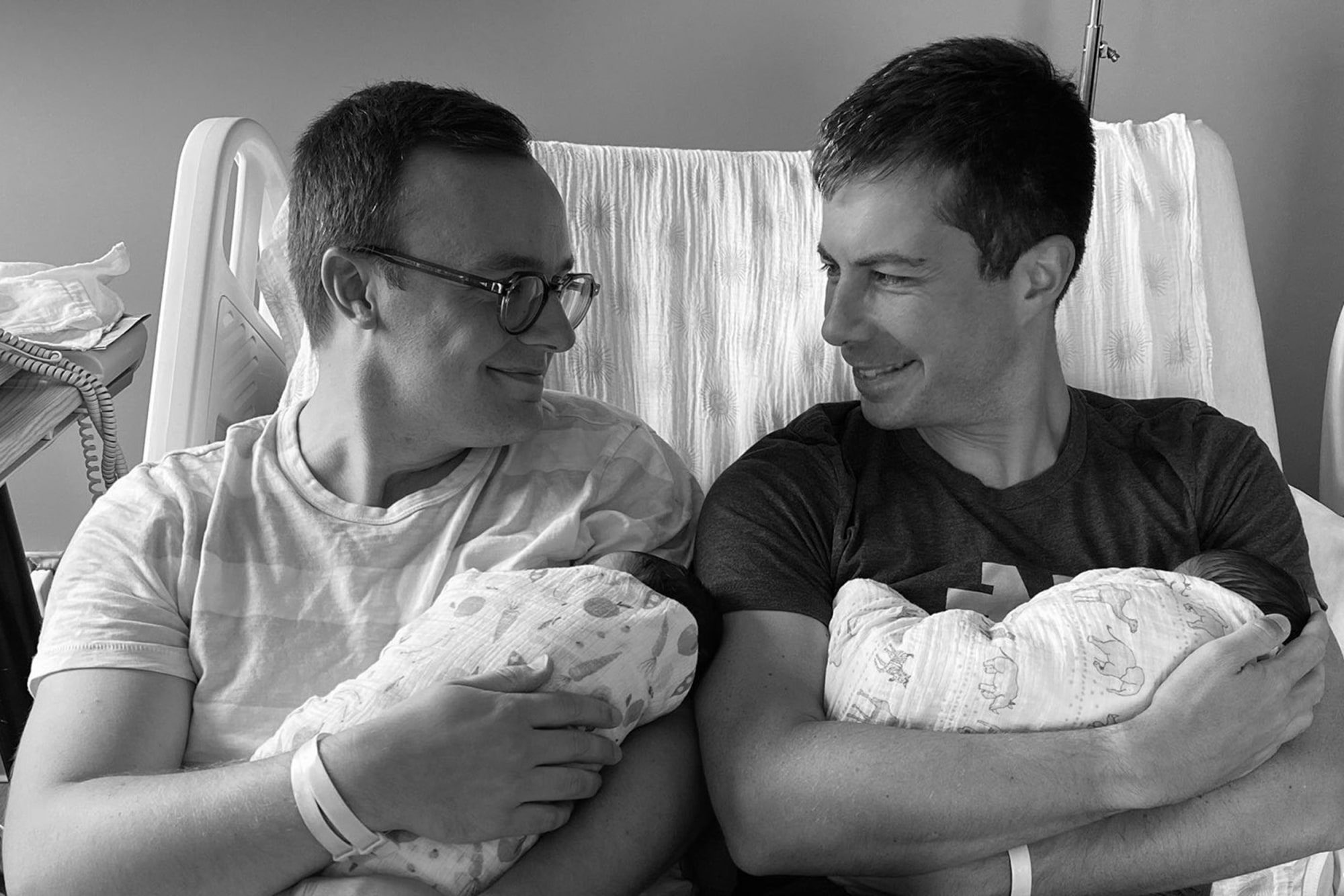 Like the total boob he is, Tucker Carlson of Fox News latched onto news that U.S. Transportation Secretary Pete Buttigieg took family leave to care for his newborn twins with his husband Chasten. Unable to swallow any departure from patriarchal dictates of childrearing, Carlson snidely remarked on air: “Paternity leave, they call it, trying to figure out how to breastfeed. No word on how that went.”  Carlson’s poo pooing of father bonding is out of step with today’s attitudes. Most people say it’s important for both mothers and fathers to have access to paid parental leave. The U.S. is the only country in the Organisation for Economic Cooperation and Development (OECD) that doesn’t offer paid leave on a national basis. Same sex couples find it especially difficult to get paid time off to be with a newborn. Buttigieg essentially told Carlson to go suck an egg: “The work that we are doing is joyful, fulfilling, wonderful, important work.” There was no shortage of defence for the new father: “As for the mocking of the manliness of Pete Buttigieg,” tweets Joy Behar of The View, “he served six years in the Navy Reserve and was deployed in Afghanistan. Tucker Carlson was booted off Dancing with the Stars after he couldn’t even do the Cha Cha.”