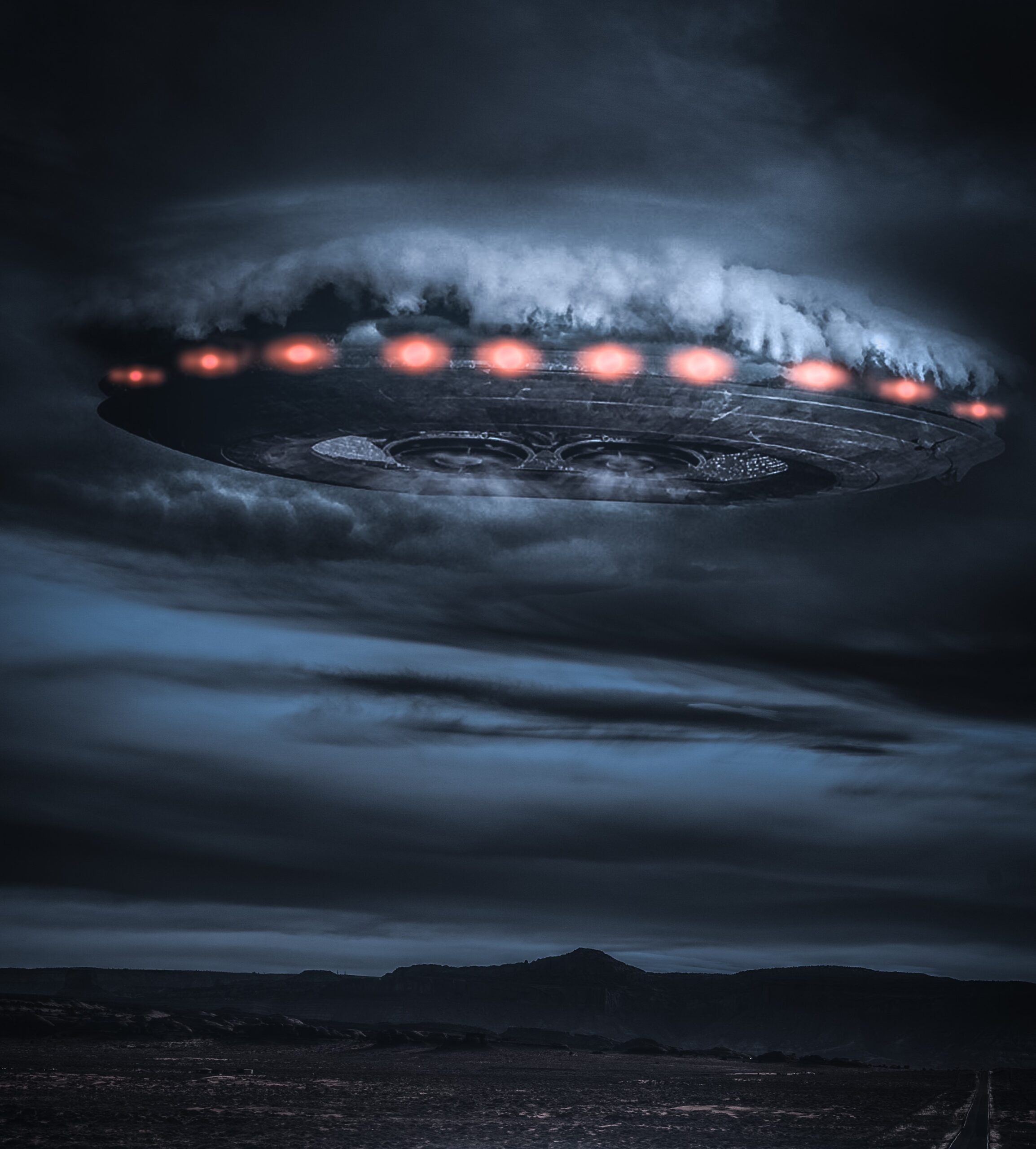 Jesuit Brother Guy Consolmagno, head of the Vatican Observatory and sometimes called the pope’s astronomer, when asked if he would be willing to baptize an alien: “Only if she asked.”

You may have recently heard the news that NASA hired a bunch of religious leaders of differing stripes to advise on how their various flocks might react to an alien invasion.

That sounds a lot like the U.S.’s official leader in space exploration has begun developing the ultimate crisis management plan for an impending global event.

After a flurry of news stories and a related twitter storm, NASA denied hiring religious advisors saying it had simply funded a research group of religious scholars to look into alien encounters. But one is left wondering whether the intent was simply a scholarly exercise in comparative theology on a quirky topic or actual reconnaissance.

Why is there suddenly so much official talk about aliens and extra-terrestrial visitations? Is someone trying to tell us something? How is it that UFOs are suddenly no longer pure bunk but worth serious contemplation?

This dawning era of military officials and others using their outside voice when talking extra-terrestrials began about five years ago. That’s when it was revealed that the U.S. government had a $22-million Department of Defense program with a mandate that included examining military encounters with aliens.  Last year, this Advanced Aerospace Threat Identification Program (AATIP) released a much-anticipated public report acknowledging that the military had documented 144 mysterious, unexplained sightings.

There was a time not long ago when such information would have blown the minds of the populace. But the outrageous goings on of the Trump administration at the time out shocked and eclipsed all other news, no matter how gobsmackingly attention worthy. Even so, the Pentagon’s new comfort level with what for so long had been in the vault opened the door for credible individuals with reputations worth preserving to come forward with their stories of first-hand encounters with alien intelligence. Military pilots began sharing their experiences of run-ins with UFOs, and sometimes offering up videos.

When AATIP’s government funding was eliminated, insider intelligence expert Lue Elizondo with others kept the mission alive within the Pentagon. He eventually left to spend his time raising public awareness of AEPs, but not before getting three videos declassified. Elizondo’s official insider credibility combined with actual pictures of UFOs and voice tapes of military pilots reacting to them in re time (Holy Shit! What the Hell is That?) was powerful evidence.

Now, even the establishment media was willing to take the topic on. In a feature report in the summer of 2021, CBC’s 60 minutes, interviewed Lue Elizondo, who was a military intelligence expert appointed to the AATIP and former Navy pilot and Lieutenant Ryan Graves whose F/A-18F squadron, using advanced new infrared targeting cameras in 2014, began spotting UAPs hovering over restricted airspace southeast of Virginia Beach. How long had they been seeing these objects? “Every day for at least a couple of years,” Graves told 60 Minutes.

The more recent news about NASA consulting priests could be seen as more evidence that we are collectively being ushered into a new official level of cosmic awareness. The topic of how believers would take the news is in itself a fascinating one.

Religious people don’t tend to believe in little green men. A 2021 survey by the Pew Research Centre found that highly religious adults in the U.S. were less inclined to believe in the possibility of extraterrestrial life than weak or non-believers.  So, as NASA is aware, an alien encounter would be especially big news to religious followers stuck on ideas like humans being created in God’s image and have a special relationship with God? The Abrahamic religions (Judaism, Christianity, and Islam), which profess that humans are superior to other creatures, would no doubt have some serious push back on any challenge to the notion of Earth’s prized place in the Universe.

Some speculate that religions would collapse under the mockery of contradictions and misinformation revealed by evidence of intelligent alien life. Carl Sagan once said: “Space exploration leads directly to religious and philosophical questions. We would need to consider whether our faiths could accommodate these new beings – or if it should shake our beliefs to the core.”

While the discovery of life on another planet might seem irreconcilable with belief in a deity, many theologians amongst ‘the Big Five’ religions express confidence that their beliefs and canon can withstand a spaceship landing and appearance of intelligent creatures of any shape and hue. Says Catholic priest and theologian Thomas O’Meara in a BBC blog: “If being and revelation and grace come to worlds other than Earth, that modifies in a modest way Christian self-understanding” – along with that of most other religions. In other words, proof of aliens may require a few fresh interpretations and rewrites of scripture, but the basic story remains and we’re sticking to it.

If we are being prepared for contact from another world, let’s hope the powers that be don’t come out all guns blazing. Those who are Stephen Hawking followers might be inclined to do just that: “If contact is made, they will be vastly more powerful and may not see us an any more valuable than we see bacteria,” Hawking says in a documentary film.

There has been much speculation by both ufologists and movie directors about whether an alien encounter is to be feared. The hope is that a civilization that has evolved with advanced technology and intelligence will be morally evolved as well. Of course, whether their highly idiosyncratic moral code would preclude the exploitation and killing of earthlings is hard to say.

Given the mess we have gotten ourselves in here on Earth, we can only hope there is someone out there with more smarts than us that doesn’t want to harvest and eat us. A preferable scenario for any contact from the skies would go something like this:

Hello Earthlings. We know you are facing many challenges including potential extinction. We would like to help you.

Earthlings: We would humbly welcome any help and wisdom you can provide. We have seriously fucked things up and we are only just beginning to recognize where we went wrong. Your concern for us is deeply appreciated.

You are cleared for landing.